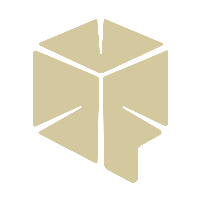 Containers allow users to package an application and all of the software dependencies needed to run it into a single, sandboxed piece of software. Containers enable an application to run quickly and reliably from one computing environment to another.

What is a Container?

A container image is a lightweight, standalone, executable package of software that includes everything needed to run an application: code, runtime, system tools, system libraries and settings. Users do not need to rely on host system libraries, except for interconnect/MPI libraries, to achieve best performance in internode communication.

Container images become containers at runtime and will always run the same, regardless of the infrastructure. Containers isolate software from its environment and ensure that it works uniformly despite differences for instance between development and staging. Containers significantly improve reproducibility and portability of a scientific workflow.

To build and run container workloads on Pawsey systems, users can use the open-source software Singularity, which is our preferred software for running container images.

Singularity is a free, cross-platform and open-source computer program that performs containerisation. One of the main uses of Singularity is to bring containers and reproducibility to scientific computing and the high-performance computing (HPC) world.

The following pages discuss containers, running Singularity, and some specific and more complex use cases.